Dan will be celebrating the release of his fascinating new CD “Just One Breath: The poetry of Omar Khayyam” Sunday, December 10th at the Hook & Ladder Theater.

Tune in for Dan’s visit with Kevin and music from Just One Breath, at 1:30 p.m. Saturday, December 9th .

For 25 years, Dan Rein has been studying, playing and promoting Iranian music in Minneapolis/St. Paul.  About 15 years ago a two string instrument from eastern Iran came into his life, one with which he had a long fascination…the dutar.  Musically he began to create something new and of his own based on his knowledge of Iranian traditional music. Using the poetry of Omar Khayyam, ideas and passions merged, grew, separated, changed, merged, and reemerged ultimately coalescing into this exciting new recording.

Omar Khayyam, the poet, philosopher, and scientist, died almost one thousand years ago. He questioned God, Religion, Sufism, and the status quo of life. His thoughts were clear and independent, seeking the tap root of life, beyond any prescribed dogma.  His message has lived through various time periods and is still relevant to our time and comes to life once more with the aid of Dan’s original score. 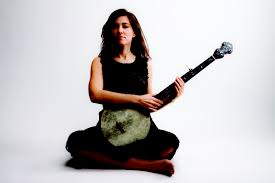