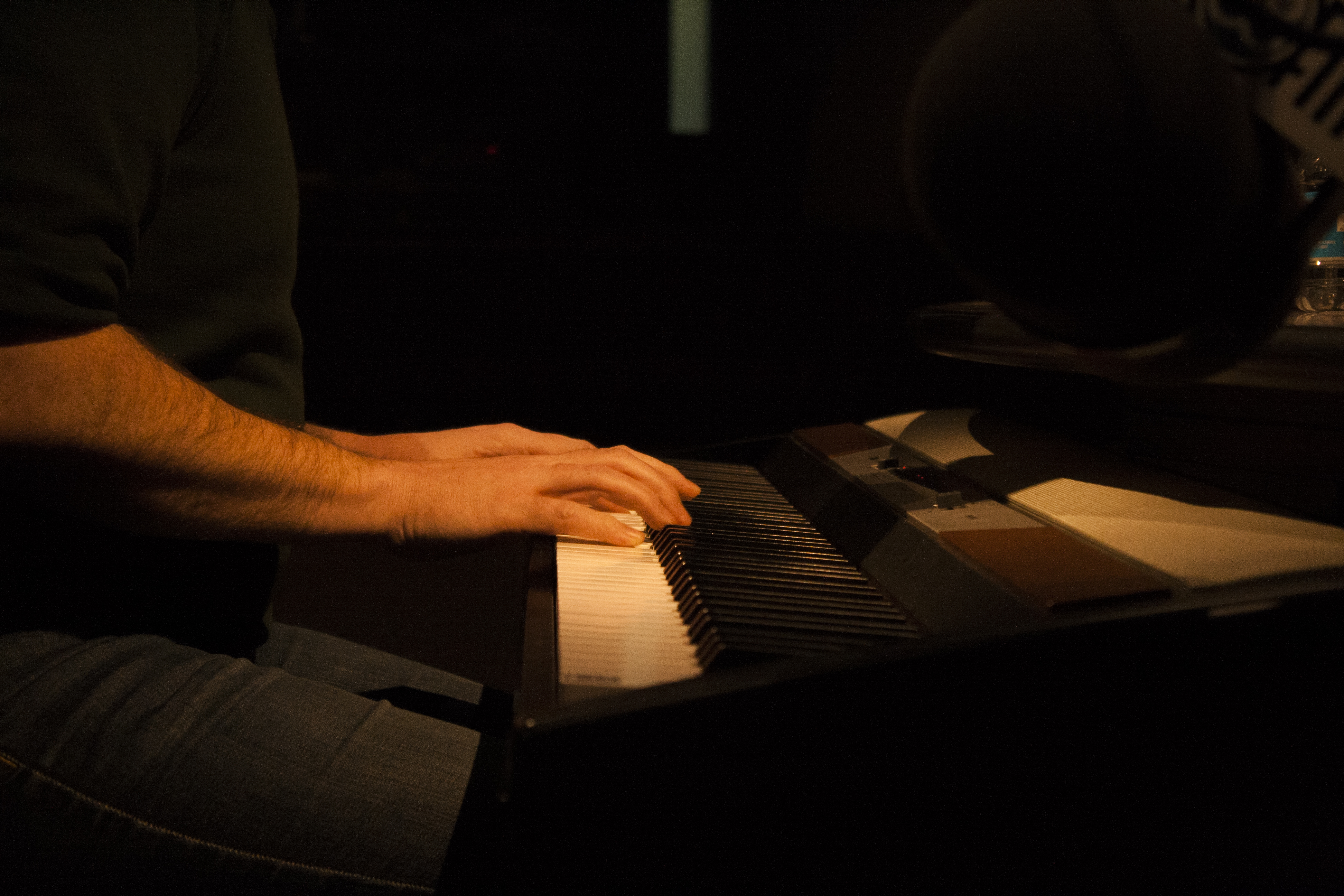 Today’s broadcast is pre-recorded. Performances took place at KBEM on 12/13/17 as well as some from last year.

Harpist/singer/entertainer Katie McMahon, Irish born, helped take the world by storm in the phenomenal “Riverdance.” As a lead singer, she stunned audiences worldwide with her angelic voice and stage presence. She relocated to the Twin Cities shortly after leaving the production to marry and raise a family. Very active as a performer, her annual Celtic-themed holiday show has become a fixture. She is also a mother and social activist. Vicky Emerson is a powerful writer and guitarist.  Her highly original approach to Americana has been gracing clubs and stages in the area for long enough to establish her as a favorite among fans and players alike.  Her latest coup is a cover of “San Antone Rose” by Emmy-Lou Harris. Her boundless energy can also be found in duet form with Sarah Morris in The Homefires and raising a family. Give Jake Rowan a stringed instrument, especially a Ukulele or guitar and he will work miracles. An unassuming but gifted picker-strummer, Jake might be among the best-kept musical secrets in the region. Always eager to take to the stage solo or accompany others. He has a beautiful singing voice and relentless capacity for song. the world with dance bands. More recently though he can be found playing acoustic guitar and mbira at special events and festivals. He and his wife Dallas Johnson love playing music with kids at places like MIA and the Global Market and they’re excited to announce they’re just releasing an album of brand new kids’ songs, inspired by the traditional music Siama grew up with back in DR Congo.

Originally from Woodbridge, CT, Ellen Stanley is a musician’s musician. Executive director at MN Music Coalition, Singer/Songwriter at Mother Banjo and DJ at KFAI Fresh Air Radio(Womenfolk), Ellen makes the busiest of us look like absolute lay-abouts. Always generous with her gifts as a player and advocate, it’s chilling to think what the acoustic music scene would be like without her. Of all the guests on this year’s program, The Peace Life Band will be the least known to KBEM listeners.  We are just beginning to spin select tracks from both of their recordings. (Jupiter Beach/The Peace Life)  Another duo in life and music, Tessa and Jack O’Connor craft melodies and words that are as harmonious and serene as their eponym suggests. Acoustic, psychedelic, cerebral and roots-driven all come to mind when listening to either of their cd’s.  I can’t wait to hear what they’ve chosen for today’s show. I’m already impressed by their surname! Bassist/guitarist/actor/voice talent    Joe Weisman seems to be the embodiment of career diversification.  A member of the jazz-tinged Smarts, he has managed to find work entertaining people with his sundried gifts. Put an axe (bass-guitar-uke) in Joe’s hands and he will deliver. Mother Banjo.   See bios for Ben and Ellen above. Miss Myra and the Moonshiners:  Fronted by Myra Joan, “The Boss” Burnette, the Moonshiners came to be in Myra’s living room in 2013 under the guidance of “Papa” John Kolstad, the unofficial Mayor of Lake Street and originator of a hot swing sound unique to that region for decades.  Few bands can pull off stitching together ragtime, Liszt, Lindy hop and Prohibition-era jazz. But the Moonshiner meld is seamless.  They also have a new EP: “The Sunday Sinning” Swinging this hard has got to be illegal. If there’s a band capable of following the last act, it’s definitely Mississippi Hot Club.  (Joshua Parlanti – Lead Guitar, Piano Alissa Jacobsen – Violin Joseph Downing – Upright Bass Luke Zupan – Rhythm Guitar Ian Stenlund – Rhythm Guitar) They hit the local scene from varied locales like the proverbial freight train, or speeding barge, to be more apt. Many Gypsy Swing combos choose a more fused mix, but these guys, (and woman) are steeped solidly in the foundations of Django and co. They do have originals, and their latest cd: “Swing Cities’ is a newfound staple on our airwaves. It’s been whispered that breaking into the elite club of jazz singers in the region is a little like decoding David Lynch.  Katia Cardenes  has long since been embraced by elders and peers alike. This is due mostly to raw talent, but she has an affability and charm that is impossible to resist. Katia is that rare jazz vocalist who can scat and bop with the best, but also knows a good pop tune or two. It’s called working the crowd! Lee Engele and Reynold Philipsek have frequently played together in our studios, including last year’s holiday special, so it only seems proper to have them back. Together and apart they are always woth a listen. Lee can belt it out over a big band or keep it sweet and sultry in smaller settings. Reynold is a man of the frets in the same way the clergy clings to the cloth. His forte? Everything.   Reynold is a café swinger, a jazz improviser and a singer-songwriter. He is also arguably the most prolific recording artist in the region, too. We’re running out of shelf space for all his marvelous recordings. Daniel Nass is an award-winning composer of theater and concert music, and has been commissioned by a number of artists, including the Young New Yorkers’ Chorus, Zeitgeist, The Dream Songs Project, and Matthew McCright. But in his “other life,” he is known as a singer and ukulele player, performing shows around the Twin Cities and covering artists from Led Zeppelin to Weezer, from Fleetwood Mac to Kermit the Frog, and everything in between. Sarah Morris  resides in a special place in our hearts at KBEM. I call it the “willing to bend the rules a bit file.” Though not a jazz singer by trade, she knows her way around a standard or two. Listeners were hearty in their responses to her earlier cd “Grateful Moon.”  Enthusiasm understandable.  Sarah has just released new cd: “Hearts in Need of a Little Repair.” It’s burning up the country and Americana charts and keeping her from laying fallow. As if that were an option-she also is raising a family and performing with others, like Vicky Emerson-Wallace The Home Fires.  In a Google mood? Two words: “Toilet Tunes.” 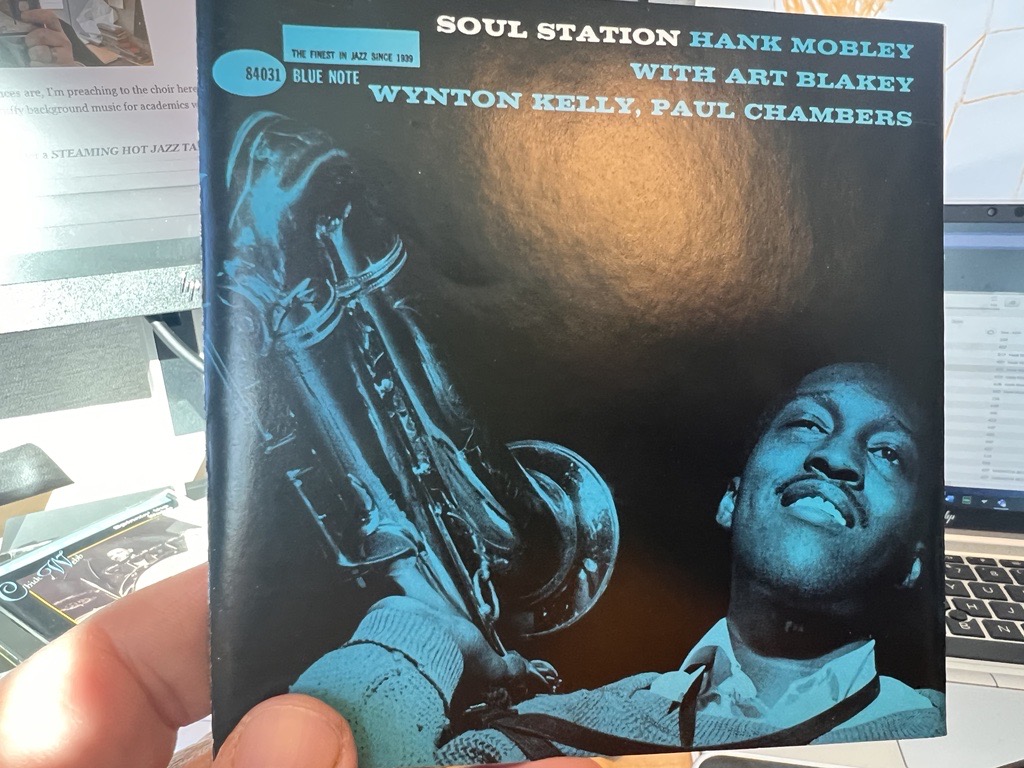