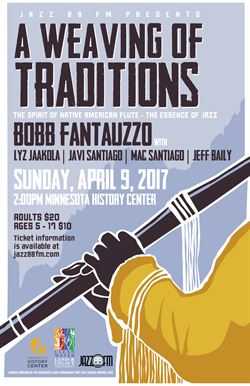 It is commonly held that jazz developed out of a synthesis of European and African music. However, few people are aware that jazz was also influenced by Native American music. Jazz88 presents A Weaving of Traditions,  a tribute to jazz musicians with Native American roots. The concert takes place at 2:00 p.m. on Sunday, April 9, 2017 at the Minnesota History Center.

Fantauzzo will be joined by Lyz Jaakola, an enrolled member of

Fond du Lac band of Lake Superior Ojibwe, who returns to add traditional Anishinaabe vocals and percussion; virtuosic pianist Javi Santiago, who won the Schubert Club Jazz Piano Scholarship Competition in both 2006 and 2007 and performed with The Brubeck Institute Jazz Quintet in 2008 and 2009; versatile drummer/percussionist Mac Santiago, who has toured with Badfinger and performed in the pit orchestras of the Guthrie Theater and the Minnesota Opera as well as with the likes of Grover Washington Jr. and Doc Severinson; and Jeff Bailey, the Department Head of Bass at McNally Smith College of Music, who has performed in a wide variety of musical settings as a musician, composer, and producer.

KBEM is honored to feature the work of Bobb Fantauzzo and to have the music of regional Native American artists showcased through Jazz88. The performance will be recorded for later broadcast, and will be archived for on demand listening.. 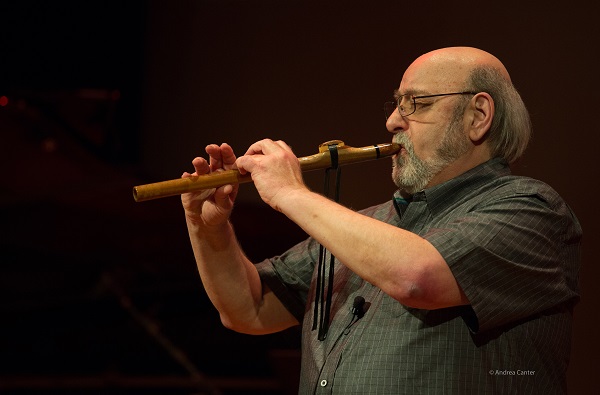 A Weaving of Traditions available on demand