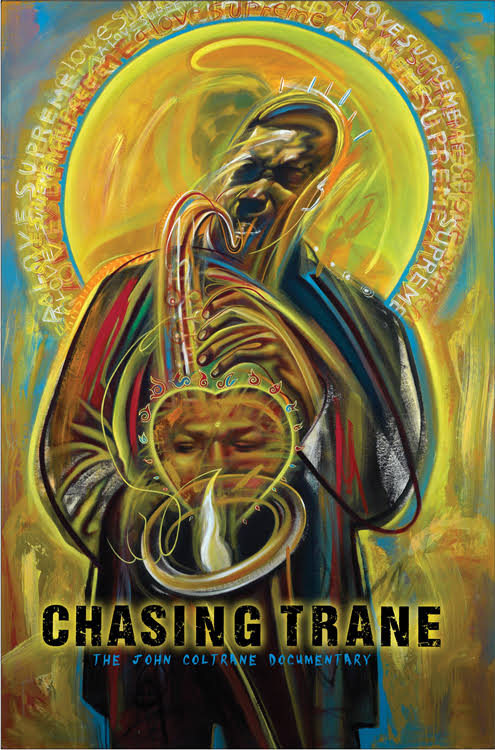 It isn’t every day that our most cherished heroes in jazz are featured in media. Except, of course what we do on a daily basis at KBEM. So when news broke of the John Scheinfeld documentary, “Chasing the Trane,” jazz and music fans were absolutely agog!

The live airing was this week on PBS. I’ve had ample time to digest what I saw. A few subsequent viewings have given me a bit more insight into this unassumingly powerful force.

In its ideal form, a documentary should open your eyes to a few things, if not illuminate further on its subject. I’m pleased to say “Chasing the Trane” was a dual treat for me.

The last time I recall any substantial televised documentary in this music was Ken Burns mammoth “Jazz.” While certainly exhaustive and well-cobbled, there were issues. Aren’t there always? For more than a few, it was difficult to sit through what the recovery community often refers to as “drug-a-logs.”

Burns chose what some thought to be an infernal narrative on the impact of heroin and drug abuse in the post-Charlie Parker era.  While this should not be downplayed, this emphasis sometimes subverted the greater story of the music. John Coltrane did suffer from heroin addiction and alcoholism. But this was mostly a prelude in an all-too short career.  To ignore it would be irresponsible. But Scheinfeld chose to spin the tale into one of powerful redemption.  Though the music is well documented, the personal stories have always been more elusive.  From “Naima” forward, life was nothing but an epiphany for the man.

If I have a criticism it would have to be the lack of decent film footage. Was Scheinfeld unable to get clearance, or did Coltrane simply evade professional media capture? This is pretty well compensated for with animation of the artwork, voiceovers from the likes of Denzel Washington, home movies and music.

Like so many brilliant creators, John Coltrane did not lose sleep over genre distinctions or convention. “Chasing the Trane” illustrates this exceptionally well and reveals a soul who wanted nothing more than to share his passion with everyone.